Susan began singing professionally at the age of 16, under the guidance of Charles Milazzo (father of  Grammy-nominated Broadway Vocal Designer and Arranger, AnnMarie Milazzo), forming a duo with fellow musician, Mike Gervais.

After completing a course in classical voice at Tufts University while finishing a dual science degree program there, she continued to perform as a vocalist in various capacities around New England.

In 2005, Susan acted as vocal arranger for Robin Michelle Gould and had the honor of  performing with vocalist and world-renowned vocal coach, James R. Wigginton of  Nashville, whose credits include background vocals for Vince Gill, Donna Summer, and Garth Brooks, and vocal coaching for Rayvon Owen (American Idol Season 14 finalist).

In  2006, she became lead singer for The High Rollers Band, performing around New England and upstate New York.   Influenced by female artists Mary J. Blige, India Arie, Joss Stone and Norah Jones, Susan began writing songs with singer/songwriter Robin Gottfried, and they  formed a collaboration in 2007.  “Pages” was an album they created in Robin’s Vermont studio. Shortly after completing the album at the end of 2009, Susan was given a unique opportunity to record 4 of the songs with several well-known Nashville musicians, including Greg Morrow (Dixie Chicks, Sheryl Crow, Lynyrd Skynyrd), Mike Rojas (Joss Stone, Lady Antebellum, Miranda Lambert), Kevin “Swine” Grantt (Allison Kraus),  Michael Spriggs (Alabama),  and Mike Durham (Tim McGraw).  It was a dream come true for Susan to have a chance to work with and learn from  James R. Wigginton, who produced and arranged the four songs, giving them new life and a crisp sound.

New music venture underway…..check back often for the latest news!! 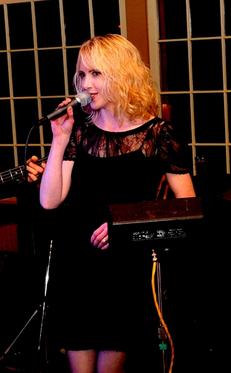 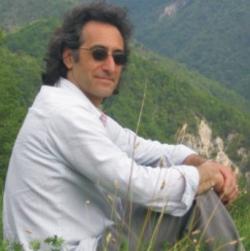 Robin Gottfried grew up in Washington Heights, New York City where he graduated from The High School of Music and Art in 1970. He immediately began his professional career as a singer/songwriter performing in bands that played all over the Northeast. Robin now performs with several bands in the Burlington, Vermont area where he has lived since 1978.

Robin has placed a song on the recent release of, “The Wicker Tree”, directed by Robin Hardy of
“The Wicker Man” fame.

Robin is published by an international publishing firm, DSM Producers.

Robin has released a number of albums including: